After almost a week in California, we finally had the chance to eat some form of Asian food. Picky eaters be damned! In a split second, the Asian food enthusiasts in our group rallied together for a majority vote to eat sushi, leaving the two party poopers non-Asian food eaters sitting at the bar snickering at us while we devoured some of the most delicious raw fish we've ever consumed. Since this was a last minute decision, finding a restaurant that could sit a party of seven with no reservation was no easy task. My first choice, Kiss Seafood, was booked and not accepting any walk-ins for the night. Ino was a sushi place that had been well recommended, but was unable to accommodate such a large party on such short notice. That left us with option 3, Wayo.

Wayo is a tiny restaurant that sits about 20 people within walking distance of Japantown. It was crawling with hipsters, so we sat at the bar and had an amazing view of the chef work his magic. The menu is a small one that focuses on fresh, raw fish. Our waitress was kind, attentive and readily answered any questions our party had. She wrote out orders in Japanese, which simply amazed us like kittens awed by a simple piece of yarn. 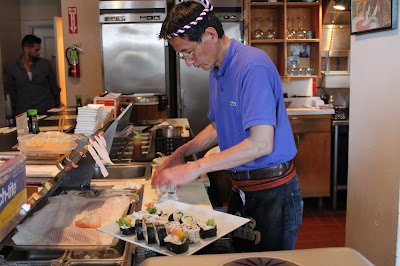 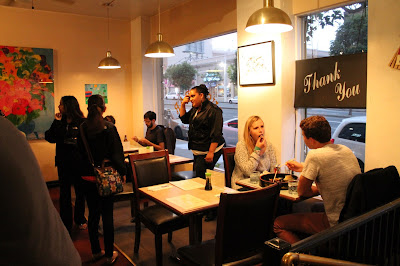 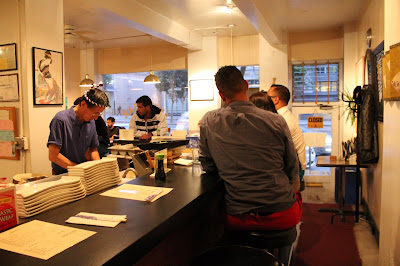 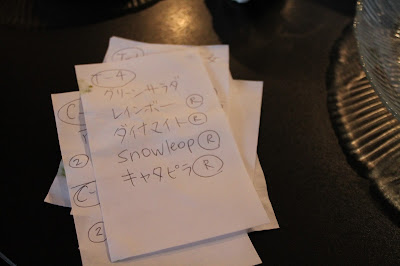 I started out my dinner with one of their specials, crab and mango salad. The mango was juicy and ripe, the massive chunks of crab were so fresh that I think it was still alive. The mango and crab was set atop lettuce with a light, house-made citrus dressing. Such a simple and refreshing salad. 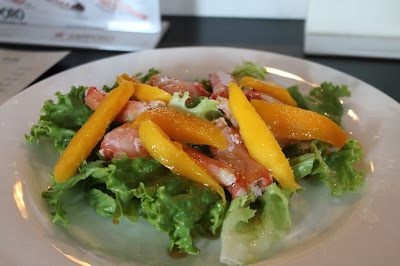 I moved right along to some sashimi and a spicy yellowtail with mango roll. This ish was so fresh it made me want to jump on the counter and twerk dance for joy. The sashimi was just delicious. The roll was both sweet and spicy all at once, it high-fived your taste buds and shouted, "Fuck yeah, let's do this!" 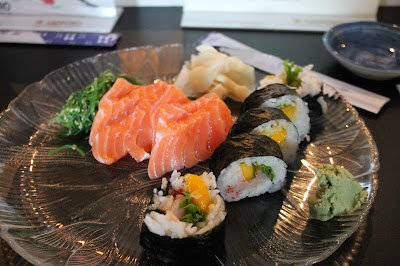 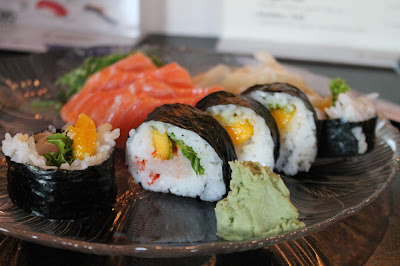 My friends got a dragon roll with shrimp tempura and a rainbow roll. I didn't try the dragon roll, though I was assured it was great. The rainbow roll was great and simple.

Even though this place was a third sushi option, it did not disappoint. The food was fresh, uncomplicated and we left San Francisco with a genuine sushi experience. Sitting at the bar watching the chef meticulously labor over each roll was a real treat. What was most impressive was that there is just one chef and one waitress for the entire restaurant, that's it. Yet, they were still able to provide kind and timely service. I'd definitely come back here without hesitation.