This blogpost was developed in partnership with Sedano’s and DiMe Media. All opinions expressed are my own.

When I think back to my childhood there's a few things that always stick out to me: my parents’ cooking, Noche Buena and shopping with my mom at Sedano’s to buy groceries for the holiday feast. It’s a not so well kept secret that my dad was the real cook at home. He was a chef at a hotel in Havana, Cuba and although she won't admit it, he’s the one that taught my mom how to cook. So all of my mother’s recipes are really my dad’s, but he never complained and always let her take all of the credit. That’s a great husband, if you ask me. 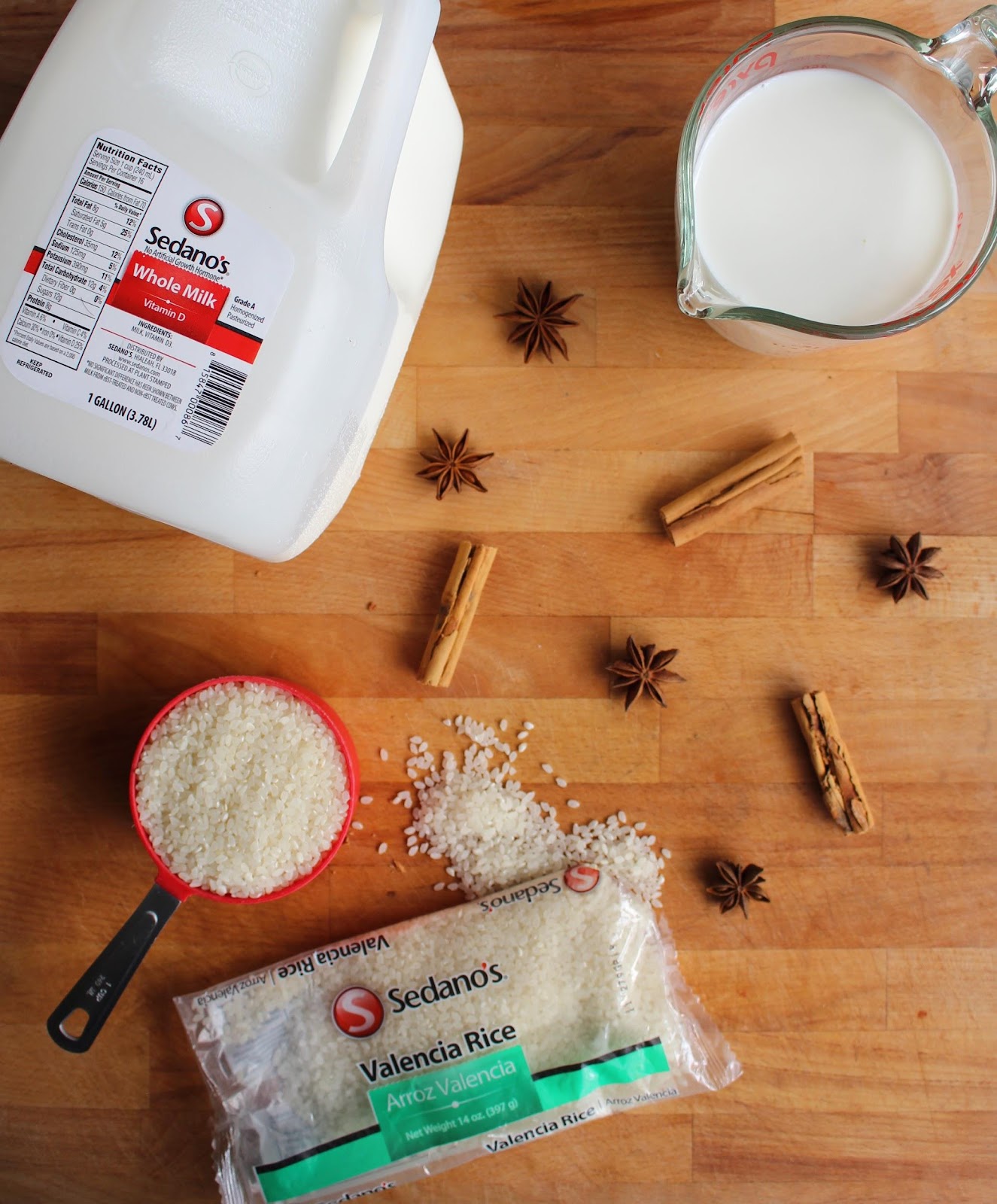 My mom would usually take me along to Sedano’s after school because it was on the way home from North Hialeah elementary. Looking back, I now realize how much I value the time I spent with my mom shopping and how much I learned about cooking from her. When my mom would take me to Sedano’s to prepare for Noche Buena, I’d get very excited to tag along to inspect what was on the menu for that year. 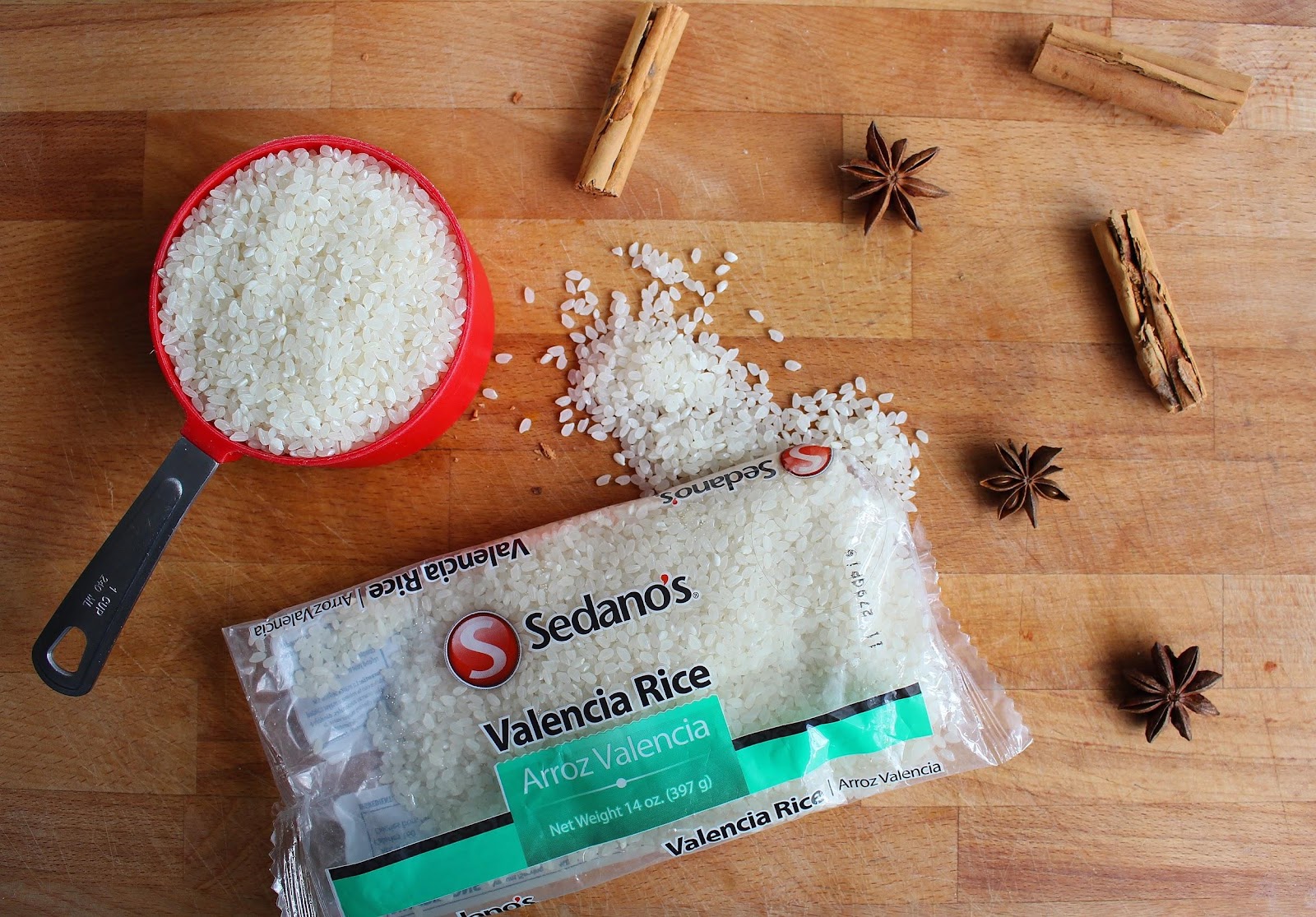 Although the main Cuban Noche Buena staples always stayed the same, some side dishes and desserts would make special appearances. I always knew what ingredients to keep an eye out for so I could figure out the dessert. Valencia short grain rice, condensed milk, star anise and cinnamon sticks meant Cuban arroz con leche was on the horizon. 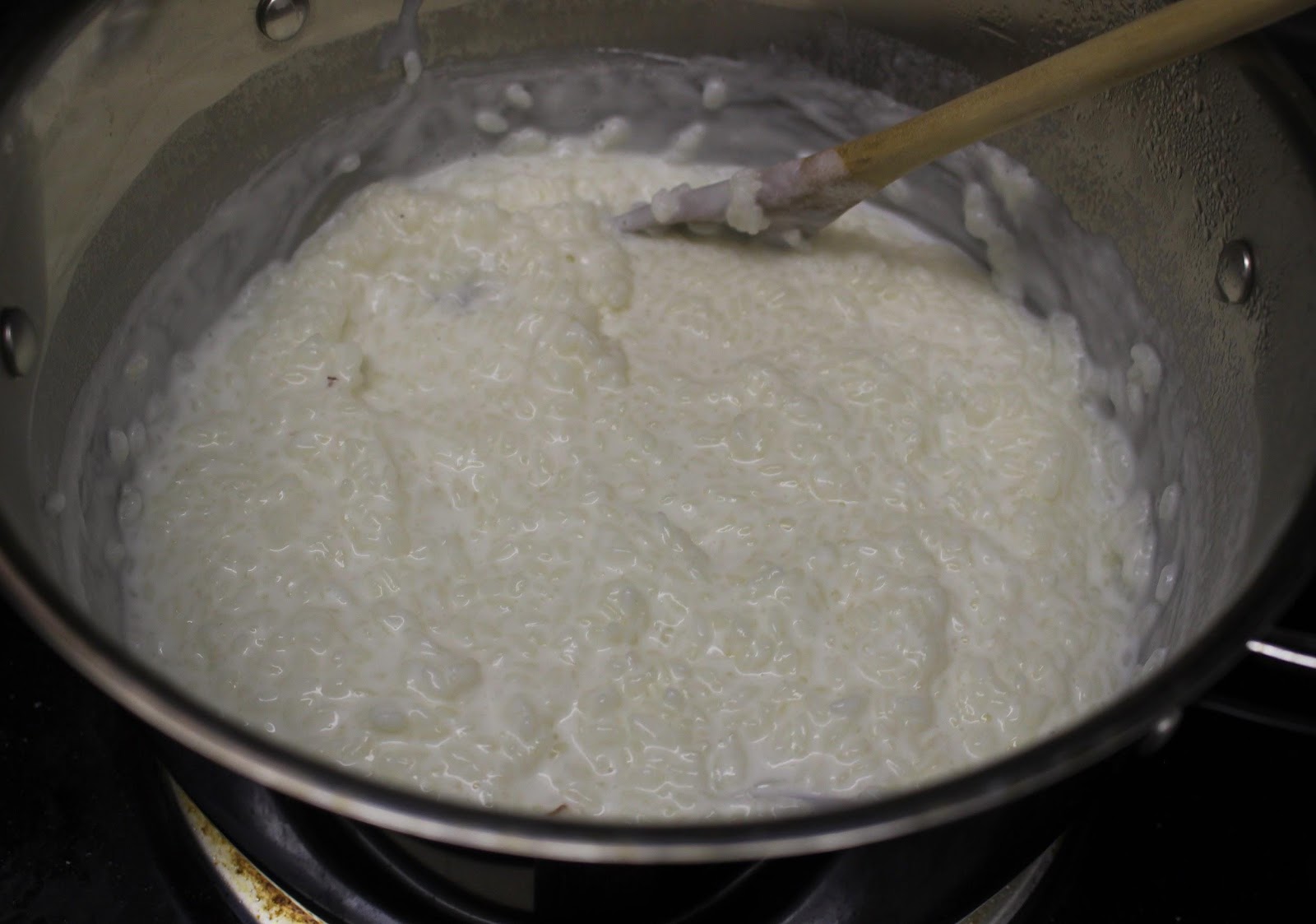 Arroz con leche in the making, when it begins to look like this (milk has evaporated) add additional milk.
During the holidays and in particular, Noche Buena, my parents’ Cuban cooking always shined. The lechon, arroz blanco, frijoles negros and yuca drenched in mojo and platanitos maduros were all fan favorites, but my eyes were always on dessert. My dad’s flan and arroz con leche are things that I dream of even after all of these years. My dad’s arroz con leche owns a special place in my heart. 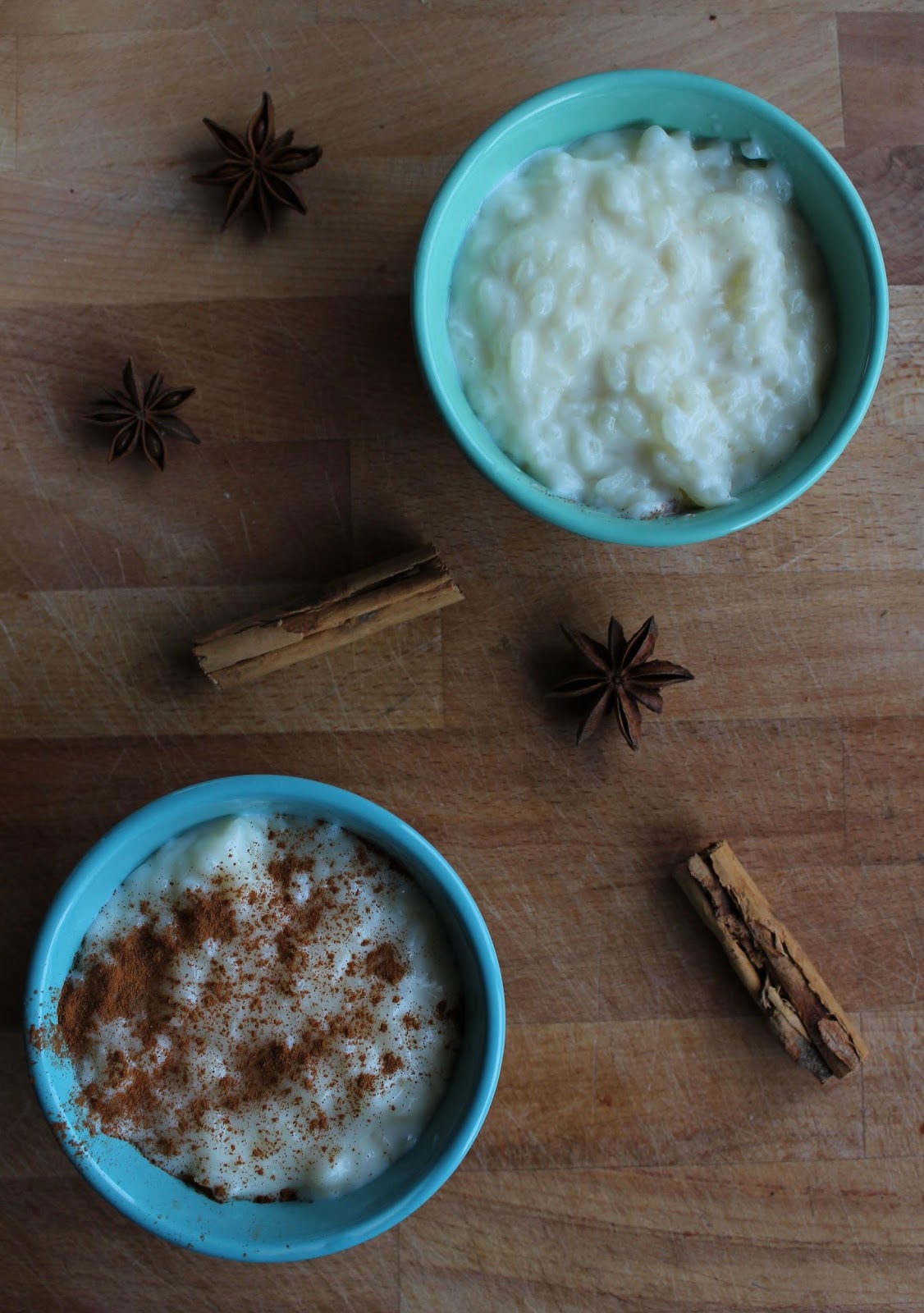 To this day, my mom always makes sure to make me arroz con leche for the holidays. For me, it’s just not Christmas without a bowl of warm arroz con leche sprinkled with cinnamon. It’s a tradition that has endured throughout the years. 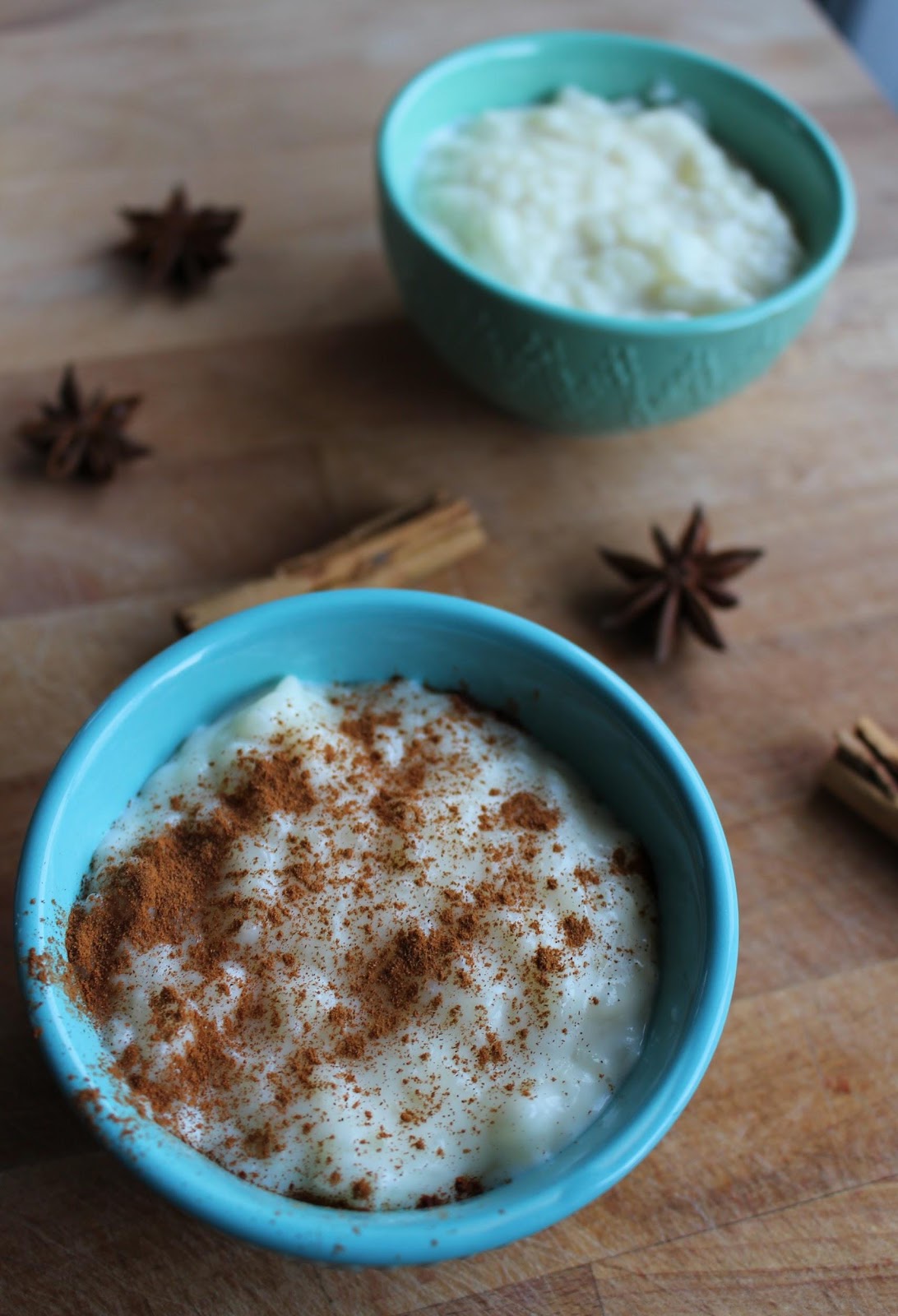 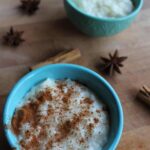 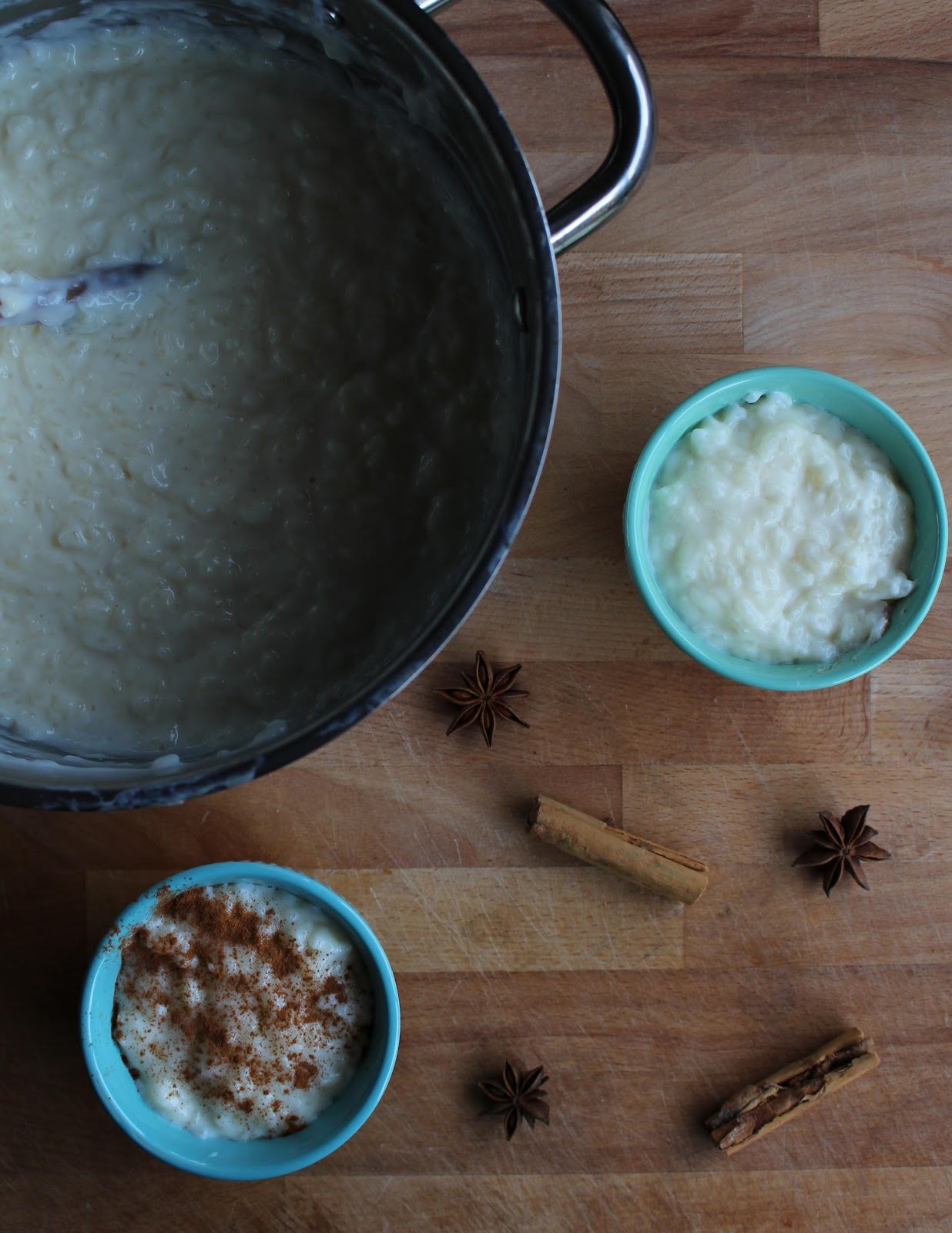 I hope you enjoy this recipe as much as I have over the years during our Noche Buena festivities.
« Mami's Cuban Congri Recipe!
Beer And Popcorn: A Match Made In Hop Heaven »