On Sundays I like to bake, when I'm anxious I like to bake and when I am stressed out I like to bake.  For whatever reason, it's very cathartic and relaxing for me. So what does one do with 3 dozen cookies or a couple dozen muffins after non stop stress baking? I give them away to my friends, of course. 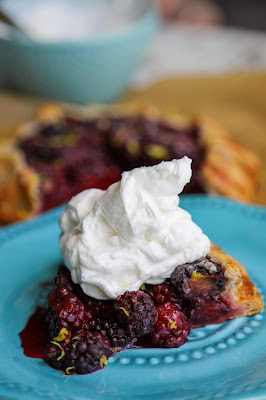 Recently, I was going to a potluck recently and I wanted to make a pie, but wasn't in the mood for all the work. So I decided to make a galette AKA the lazy man's pie. It's a free form pie/tart and it is fabulous. It looks rustic and pretty, so you get points for a beautifully baked pie without all the work. It's a win-win if you ask me.


This blackberry galette recipe is one of my favorite to make during the hot summer months. The berries are slightly tart and refreshing. 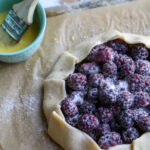