I love bananas, they're healthy, sweet and a good source of potassium. What I don't like is how quickly they go bad. I find myself freezing them or baking them much faster than I can eat them. You can only make so many banana nut muffins or banana protein shakes before you become completely sick of them. So I changed it up with these banana bread Nutella whoopie pies. 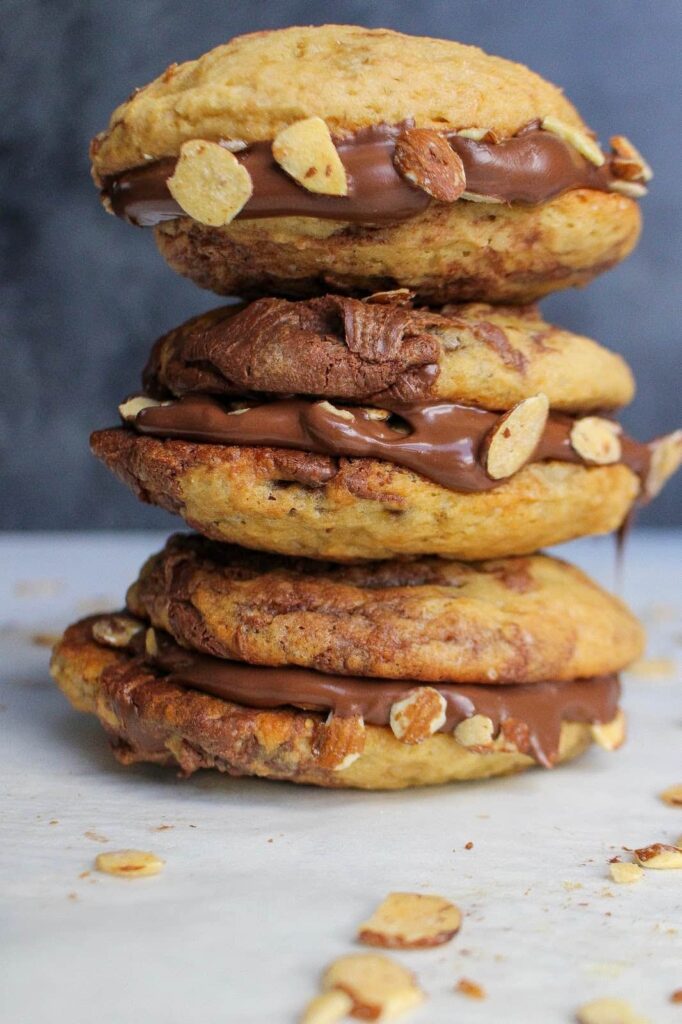 I started playing around in the kitchen and I decided to mix banana and Nutella, because duh. Then, I got tired of muffins and decided to try making whoopie pies, because why the hell not?!  Thus creating banana bread Nutella whoopie pies. 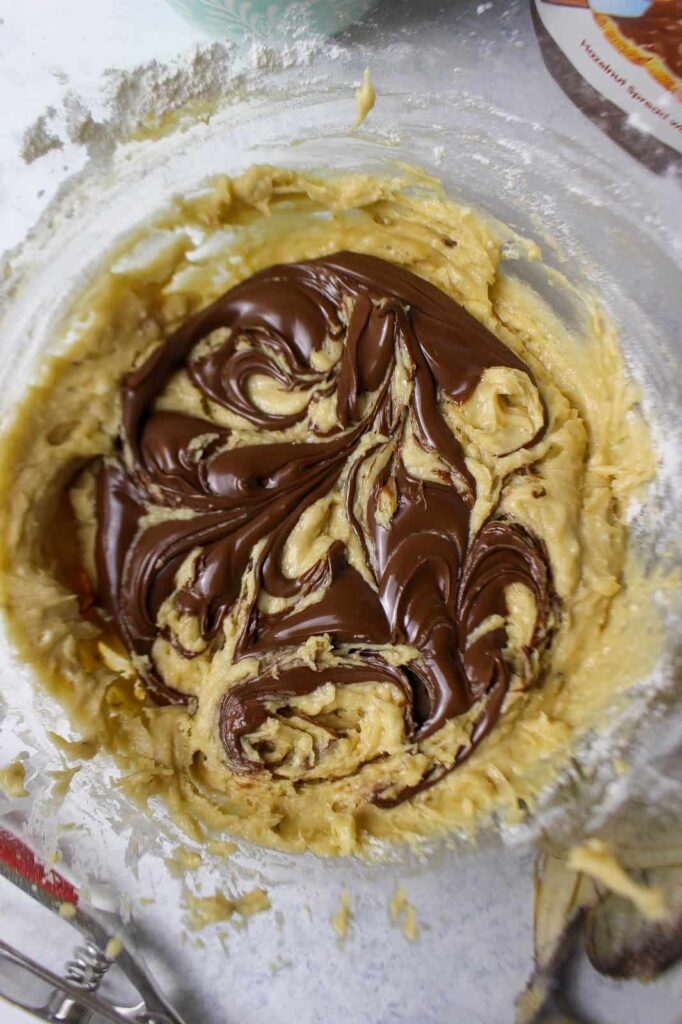 Although It's hard to imagine someone not liking Nutella, I know it happens. This recipe would also be great with peanut butter or biscoff spread instead. Simply swap out the the Nutella in the recipe for your spread of choice.

How to store your whoopie pies?

I recommend storing your banana bread Nutella whoopie pies in an airtight container for up to 3 days in your refrigerator. 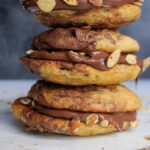 This recipe would also be great with peanut butter or biscoff spread instead of Nutella. Simply swap out the the nutella in the recipe for your spread of choice.  Want smaller whoopie pies? scoop the batter out using a tablespoon and bake for 7-9 minutes instead