I've reached an age where I can say, "Back in my day..." and no one really flinches because I'm getting old. I grew up in the 90's, before social media, cell phones and an easily accessible internet. A child's popularity was based on what kind of snacks you brought to lunch and if you had the newest Lisa Frank gear, not how many followers you had on Instagram. In the mid nineties at my elementary school, only nerds brought fruit to lunch. I mean seriously who would bring apples or grapes to lunch?! The "cool kids" brought cookies, fruit roll-ups, chips, gushers, dunkaroos and anything sugary that could then be used to barter with classmates. How things have changed. 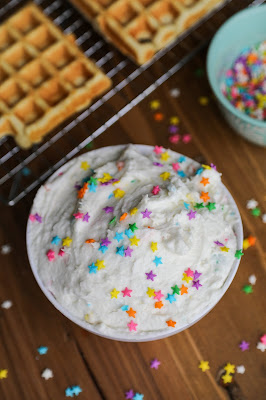 Many of those mid-nineties snacks are no longer made, much to the dismay of older millenials. So we've turned to DIY versions of these nostalgic treats. There have been several recipes posted online of homemade dunkaroo dip and coupling that with my current waffle obsession, my wheels started turning. I started playing around and I made graham cracker flavored waffles topped with my version of dunkaroo dip and sprinkles. 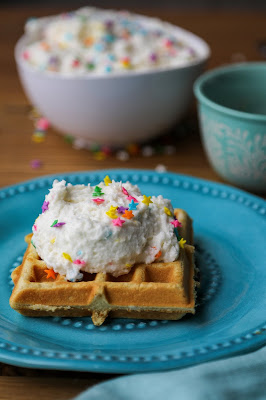 This homemade dunkaroo dip brought me back to my childhood in the 90's. I decided to bougie them up and instead of serving with graham crackers, I made graham cracker inspired waffles. You can always just omit the waffle part of the recipe and just make the dip to enjoy with your favorite cracker (nilla wafers, shortbread, etc). 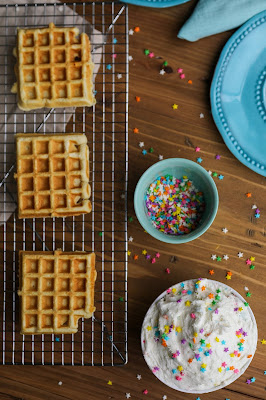 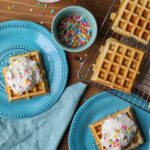 If you're feeling saucy, you can make yourself dunkaroo waffle sandwiches by using the waffle a bread buns and filling with dunkaroo dip. 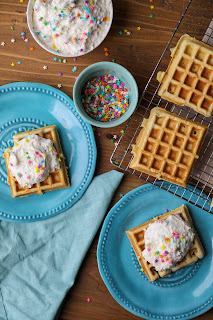 « DC Is A Coffee Aficionado's Wet Dream: 5 Places You Must Check Out
Andiamo! Brick Oven Pizza: A Love Story. »