I've kept this recipe a secret for almost a decade. I'm not really sure why I was so scared to share it, but here it is. Sure it's a blondie recipe, but I've been known to eat these bad boys for breakfast by themselves or sometimes as a sundae. Between the candied bacon, toffee chips and pecans it can be a sinful breakfast or a rich dessert. 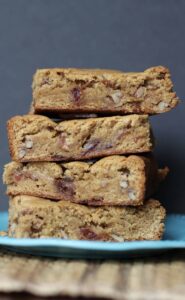 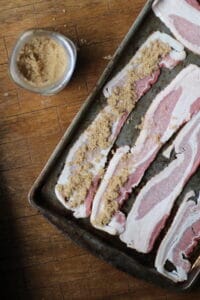 To celebrate National Bacon Month, I’ve partnered with McCormick for this recipe which I’ll be using their Brown Sugar Bourbon 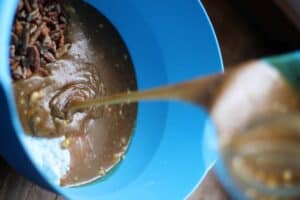 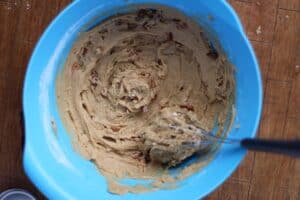 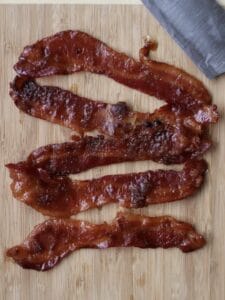 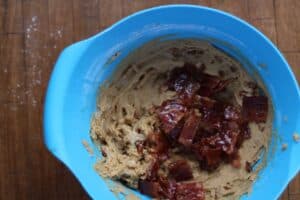 candied bacon being folded into batter 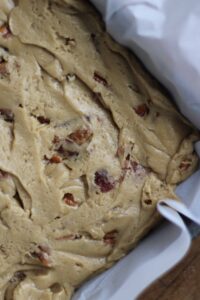 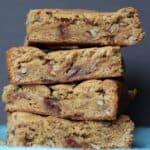 These  blondies will keep in an air tight container upto 4 days or so.

ENJOY!These candied bacon blondies will keep unto 4 days in an air tight container, but we both know they won't last that long. I personally like using them as the base for a kick-ass dessert including vanilla ice cream and homemade salted caramel. 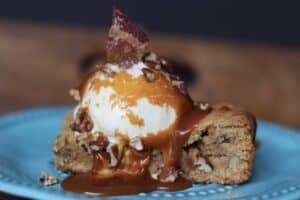