So the Pop Up restaurant that sprouted in Downtown Miami on September 8 is finally dwindling to its grand finale. Phuc Yea (pronounced as fook-yay, but who are we kidding?) was a hole-in-the-wall Vietnamese restaurant that would take over the Crown Bistro at night and had no qualms with crossing the line or trying adventurous new things. From offering free entrees if you complete their cinnamon challenge successfully (ingesting an entire tablespoon of cinnamon in one shot) to serving up jellyfish salad, porchetta di testa (salted pig face) and even periwinkles (snails), these guys never held back. Some of this stuff was right up Anthony Bourdain or Andrew Zimmern's alley and definitely not up mine. 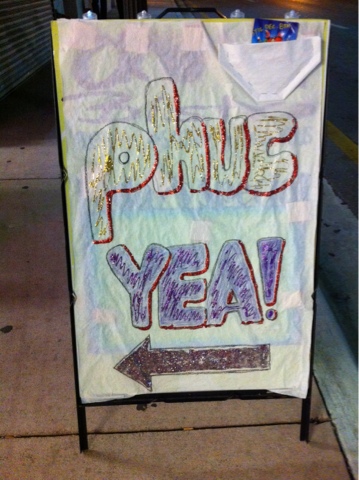 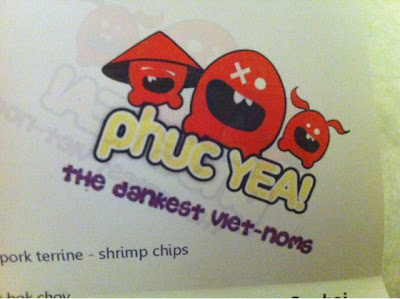 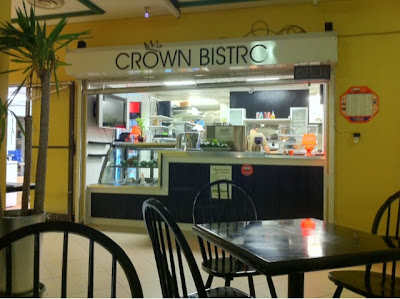 I was lucky enough to check out Phuc Yea's phucing menu a total of 3 times. They changed their menu almost weekly; keeping it funkdified phresh with constant hip-hop jams such as ODB, Jay-Z and even WuTang blasting in the sound system.

On my final visit I started out my meal with their Salt 'n Peppa Soft Shell Crab. Truth be told, I had never had soft shell crab so what I got was no where near what I expected. The menu states it comes with spicy aioli, coconut, beer and herbage, all the things I like so what could be so bad? What I got looked like something straight out of a Goosebumps book and all I could say to myself was, "What the fuck did I get myself into?!" The crab was perfectly preserved and fried in its entirety. Naturally, I poked at it with my chopsticks for a few seconds expecting it to jump up and run off my plate. Finally, I decided to close my eyes and dig in, what I got was a totally pleasant surprise. The crab meat was tender, fresh and even though it had been fried it didn't taste greasy at all. The spicy aioli gave the crab an awesome little kick and extra creaminess. The best part was to grab a little bit of everything in one harmonious bite, crispy coconut, aioli and crab. When I was done I felt both proud and satisfied, like I had just completed a tasty challenge on FearFactor. 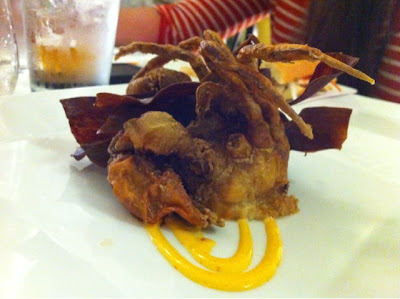 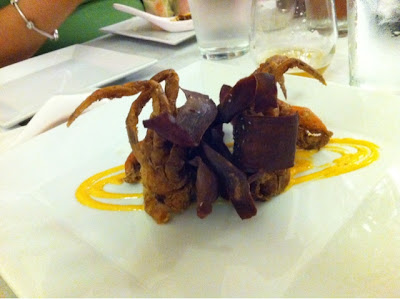 Up next I decided to scale back and go with something less exciting but just as delicious, their Short Rib Bao Buns. These little guys are so cute and miniature that you almost don't want to eat them, but phuc it. Them thangs are good! The fluffy Bao bun comes filled with short rib, hoisin, fresh jalapeño and herbage. This Polly pocket sized sandwich packs a spicy punch. The short rib is well seasoned and the bun feels like your biting into a handheld cloud. An awesome little treat, definite not enough to share (especially if you're me). 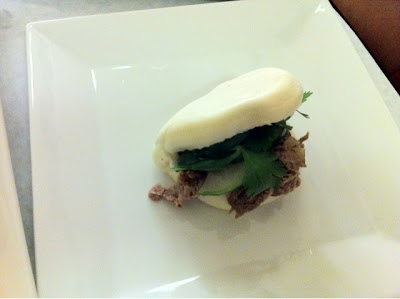 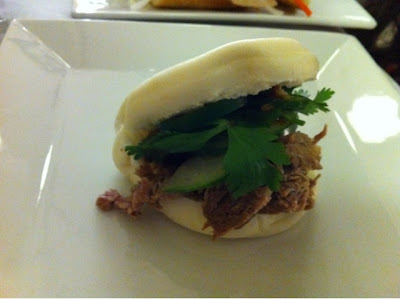 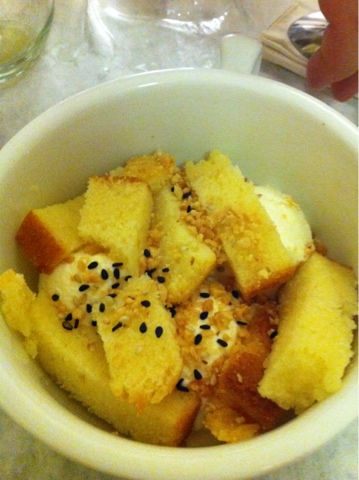 By the end of the night, we had eaten well and drank extremely well. We ended the night with hugs and kisses, but mainly lots of well wishes and luck for Daniel Treiman, Cesar Zapata and Anièce Meinhold and all of their future endeavors. Here's to adventurous new eats wherever they go. This place closes tomorrow night, December 10, 2011 so get y'all phucin asses over there and check it out before its gone forever!